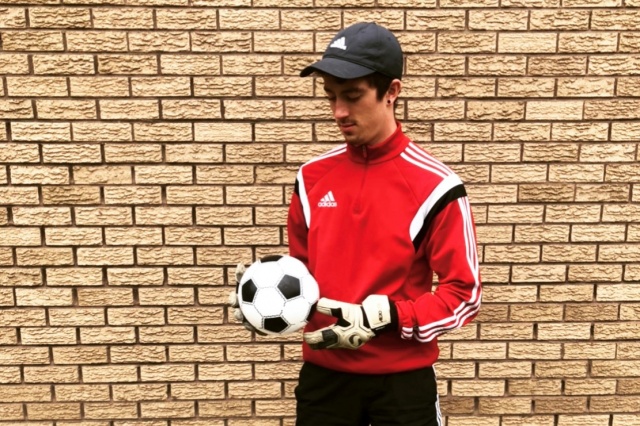 The recently released charter is an important first step in combatting Scottish football’s problems with homophobia, but there is more yet to do.

For as long as I can remember, football has played a central role in my life. My passion for the sport was ignited at an early age when two relatives, an uncle from each side of the family, introduced me to Manchester United. I vividly remember watching the 2005 FA Cup final at the age of 8; Man United played Arsenal at Wembley and dominated their opponents for the full 90 minutes, plus extra time – before being defeated on penalties.

Ever since, I was taken with the famous red colours and consumed an inordinate amount of football throughout my adolescence. I grew up watching Sir Alex Ferguson’s second great United team, the vintage of the late noughties that included players such as Van der Sar, Vidic, Rooney and Ronaldo. Naturally, I played the sport frequently for my local team in Ireland. Whilst always too small to have ever played at a higher level, I found my niche as a fleet-footed defender, before giving up football to focus on a budding interest in rowing. Nevertheless, I continued to immerse myself in the game in other ways, eventually deciding I wanted to have a crack at a career in football management.

As such, I took on a degree at the University of Edinburgh in Sport and Recreation Management and adopted Hibernian as my Scottish club of choice (unsurprising, given the club’s innate Irish links). As I progressed through my third-level education, my goals for the future evolved and I found myself fascinated by the sociology of sport – how sport impacts on society and vice versa. With a particular interest in sport’s relationship with sexuality and gender, I explored themes of racism and sexism from a Marxist perspective whilst analysing the case of Caster Semenya, and completed further assignments on media portrayals of Tom Daley and Raheem Sterling.

It seems to me that my keen interest in subject matter such as this arose due to my own experiences as a bisexual man growing up in Ireland at the turn of the century. Whilst some of my oldest memories involve me struggling to understand my attraction to both male and female classmates, it wasn’t until the age of 19 that I accepted my sexuality and began to come out to some close friends. Three years later, I decided to focus on homophobia in Scottish football as the subject of my university dissertation, having noticed a chronic lack of academic material focussing on the issue in Scotland.

My investigation sought to develop a general understanding of the prevalence of homophobic attitudes across the sport in this country by interviewing people involved in strategies promoting equality in Scottish football. My research found that homophobic behaviour such as chanting and singing in the stands was decreasing, and that fans were beginning to challenge intolerant views to a greater degree than ever before.

However, my study found that the sport in Scotland still struggles with stadia being considered out-with the bounds of normal social codes – i.e., that some supporters believed they could get away with exhibiting intolerant behaviour that wouldn’t be accepted on a standard high street. Furthermore, research indicates that the media could be doing more to promote equality for sexual minorities, but interviewees accepted that newspapers will generally only discuss such issues when there’s a story to be told. Given that no male Scottish professional footballer has publicly announced that he is gay, Scotland’s media publications find little to write about.

Because of this, it’s up to organisations such as LEAP Sports and the Scottish FA to continue to push the rhetoric that homophobia must not be tolerated. The recent release of the Football v Homophobia strategy shows that Scottish football is making a concerted effort to tackle issues of discrimination in the game, and the research conducted for my dissertation highlights the strategy as having great potential to advance inclusivity for sexual minorities.

All in all, the key point that arose from my investigation relates to the importance of education. Educating all those involved in football that discrimination on any grounds in unacceptable was a key finding that was repeatedly mentioned by those who participated in the investigation. The Football v Homophobia strategy is vital for progressing the game in Scotland and ensuring everyone feels welcome.

As a collective football family, we have not always done enough to tackle homophobic attitudes – but this is an important first step. By working together, we can make Scottish football safe and enjoyable for everyone.

Written by Hamish Cowton. I’m a recent graduate of the Sport and Recreation Management programme at the University of Edinburgh. I’ve worked with Ladbrokes for the last three years, and my main goal for the next couple of years is to undertake a masters in Equality and Human Rights at the University of Glasgow.