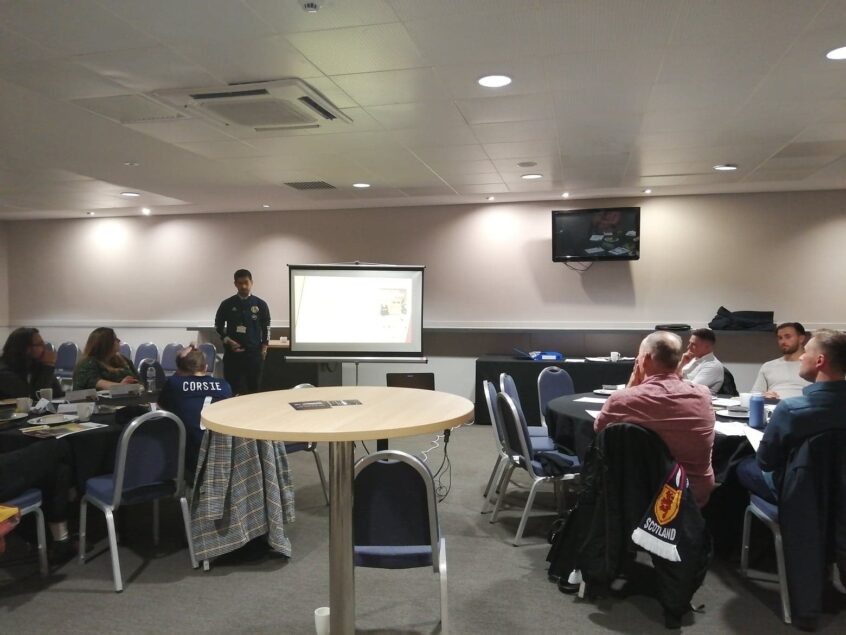 Football v Homophobia Scotland and the Scottish Football Association hosted the first meeting of the FvH Scotland Steering Group ahead of the SWNT Scotland v Republic of Ireland match.

Despite the disappointing SWNT loss on the night of Tuesday 11th October at Hampden; this evening also marked the first meeting of the FvH Scotland Steering Group. In attendance were representatives from LEAP, the Scottish FA, LGBTIQ+ inclusive football clubs, LGBTIQ+ supporters groups, and others, including role models Lloyd Wilson and Zander Murray.

The Steering Group has been set up with the purpose of advancing the FvH campaign in Scotland and so that members can advise LEAP Sports and the Scottish FA on achieving the goals set out in the FvH Scotland Strategy.

It was a positive first meeting which helped members to understand the landscape and what has been achieved since the launch of the Strategy in February 2020. The next Steering Group meeting will focus heavily on the upcoming FvH Month of Action in February 2023.