Perfecting policy & procedure and brushing up on knowledge are important steps in accomplishing the vision of LGBTI inclusion and tackling homophobia. As these steps are largely internal, they can make a big impact on those in your organisation but can often go unnoticed by the wider community. When you have done something positive, SHOUT ABOUT IT.

Communication and visibility of the work your organisation has done not only encourages others to do the same, but shows LGBTI people outside your network that you are making an effort to include them, encouraging those who have previously been apprehensive to get involved. Showing solidarity with the LGBTI community is central in gaining trust and combatting prior discrimination. For many LGBTI people, football has been a negative experience, whether through playing as a young person, spectating on match days or working in the world of football, there are wounds to be healed. For a long time football has been considered incompatible with gay and bisexual men and trans people, there is a lot to be done to combat this message as well as the stereotype of women in football as lesbian.

Look out for campaigns which can help your organisation with promotion, particularly those with exposure to an LGBTI audience. LGBT History Month takes place every February and we encourage you to engage through the concurrent Football v Homophobia Month of Action. The Month of Action gives your organisation an opportunity to showcase your good work and take your place in an international, united stand against homophobia in football. For teams, clubs, leagues and community foundations who are taking steps to tackle homophobia and include LGBTI people, becoming an FvH Champion is a highly visible means of showing your engagement. Signing up to the LGBT Sports Charter makes an overarching statement of intent about your organisation’s commitment to these issues. Engaging with the Stonewall Rainbow Laces campaign can also give your organisation great visibility of LGBT support.

Unchallenged homophobia discourages people, especially LGBTI people, from participating in football. It creates an unsafe environment for LGBTI people, their families and friends and damages the reputation of the sport, as well as of a club, team or league. By failing to respond to homophobia your organisation encourages further discrimination and send out a message that there is something wrong with being LGBTI. It is on this aspect of communication that many football stakeholders fail, as they do not see this as their responsibility or are scared of a critical response from fans. However, in the circumstances where teams, clubs, leagues, coaches, players and bodies have publicly communicated their disapproval, the response has been overwhelmingly positive.

Plenty of LGBTI community groups exist in Scotland, many of which can be found at equality-network.org/resources/directory/ and leapsports.org/clubs. Of course, not all of the organisations listed know about FvH Scotland, but many of them would be happy to work in partnership with their local football stakeholders on a campaign to tackle homophobia. By building links with these groups your organisation can harness local knowledge and expertise in LGBTI inclusion/tackling homophobia and reach new communities.

Showing solidarity with the LGBTI community is central in gaining trust and combatting prior discrimination. FvH Scotland 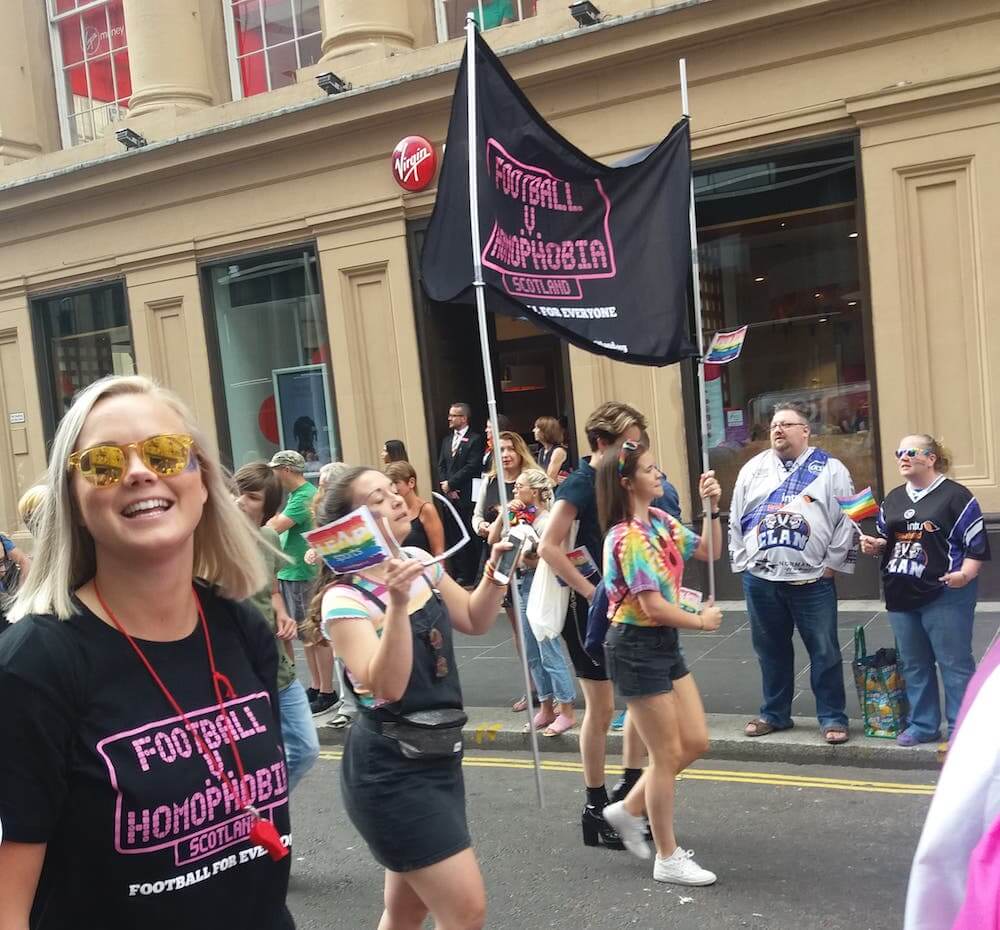