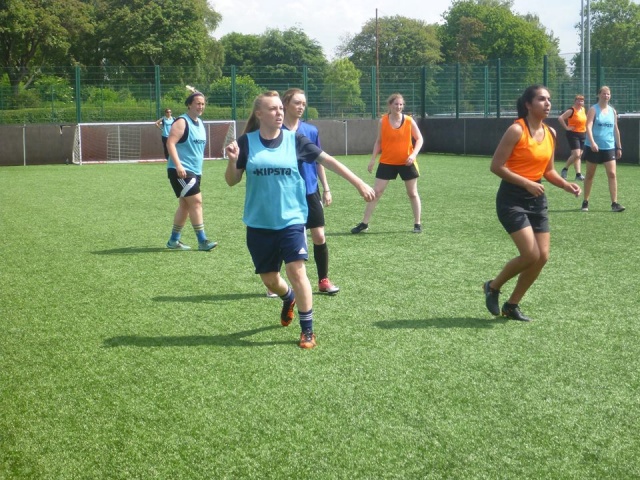 41% of Scottish LGBTI participants say they feel attracted to, but excluded from football.

New European research has shown that almost 1/3 of Scotland’s LGBTI respondents have refrained from a certain sport because of their sexual orientation or gender identity. The sport which respondents from Scotland most often refrained from was football (41%). Although football topped the board across EU countries, this was particularly high in Scotland, with the Scottish figure coming in 14% above the EU total.

There are a number of reasons why LGBTI people refrain from participating in football. To name but a few, the absence of gay, bisexual or transgender (GBT) role models in the men’s professional game can suggest that football is not a safe space to be openly GBT. There is also a widespread perception that football has higher levels of homophobia and transphobia than other sports, discouraging people from participation. Damaging stereotypes of LGBTI people exist in football and many LGBTI people have had negative experiences of football from a young age, requiring direct encouragement to give football another chance.

Through participation in Festival Fortnight, Scotland’s LGBTI sports festival, football clubs, charitable foundations and supporters’ groups are making a move to tackle exclusion. Club foundations including Kilmarnock, Rangers, Ross County and Clyde FC, are opening their doors to the LGBTI community and sending a message that there is a place for everyone in football, regardless of sexual orientation or gender identity. LGBTI football clubs and supporters’ groups such as HotScots FC, Saltire Thistle FC, and Proud Huddle CSC are also running events for the festival, bringing visibility to LGBTI identity in football.More information on the festival can be found at festivalfortnight.org.

Full research findings can be found at www.out-sport.eu/research